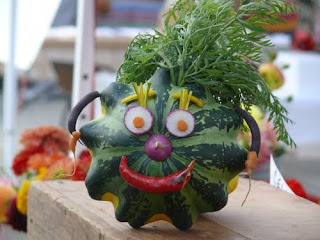 Yesterday, I traveled 200 years in a half hour. Driving home from Plato's Harvest, my local organic farm in Middleboro, MA, I experimented with backroads and cruised through the most delightful and bucolic hot summer New England country scene I could ever have imagined. Just 20 minutes from home, yet worlds away.

August in Middleboro: Expansive fields and semi-tended hay meadows, crumbling stone walls, clapboard farmhouses in varying states of order and disorder, stable upon stable, trucks upon blocks, and old cracked asphalt roads bearing long, burnt rubber S-skids, telling stories of a town with nothing to do at night.

That drive, coupled with the hour I spent on the farm with Mini Me, chatting with Mr. and Mrs. Farmer Dave and Sasha, selecting veggies, picking tomatoes, and filling a white plastic bucket with dahlia, zinnia, sunflowers, gladiolas, and some tall fluffy pink thing I can't identify: that brought me into a euphoria that I haven't quite shaken, even the morning after.

Backtrack: About two months ago, Steve and I played at the Plymouth Farmer's Market. It wasn't supposed to be us. It was supposed to be my "other" group: the Henhouse Ceili Band, which is an informal flock of women who like to play Irish music together. Not a real band, per se. We just play, take our veggies home, make a feast and celebrate life together.

Well, that morning it had rained. Horribly. Our pianist, the fabulous Helen Kisiel, called me from Watertown, 50 miles north, and said her car was up the creek and she'd misplaced the paddle. Nor did she wish to drive to Plymouth in blinding thunderstorms. Denya Levine, our fiddler 70 miles away the other direction in Orleans, felt the same way.

So, mid-day, I walked to the Farmer's Market to tell Barbara we couldn't make it. Before I even opened my mouth, she said, "You'll be back to play at 4:00, right?" I gulped, did my best Meryl Streep smile, and said, "But of course." Turned and ran to the car. Got on the phone. Dialed Steve, working in Boston, and asked him if it were possible to get his Irish heiney back to Plymouth in time. He was game. He did make it home on time, and despite the flurry that led up to the downbeat, we had a wonderful gig together. (Made me glad to be married to him, too.) The weather by now was just clammy. The Farmer's Market parking lot was muddy. Our stuff got really dirty. But Kim and Stacie from Soule Farm were nearby, egging us on. Consider us egged. We had a blast.

That's when we met Dave and Sasha, just one more stand away. They enjoyed the music and invited us to play for their annual farm potluck at Plato's Harvest, a party they have for farm shareholders at the end of the summer. Through this request, we discovered the whole concept of farm shares: pay in advance, and you can show up at the farm for your 55 cucumbers, 90 bunches of kale, 87 zucchini, or ten billion non-squishy squash, every week, all summer.

We joined. Now Mini Me and I spend one amazing afternoon a week with the vegetables, goats, turkeys, chickens, rooster, and cows. We go home with three bags of fresh picked veggies, a dozen farm fresh eggs, a loaf of fresh baked bread, and all the flowers you can fit in the coffee cup you salvaged from the trash in the back seat of your car. (Other farm visitors plan ahead and bring a bucket. But I'm a MUSICIAN, remember?)

About that coffee cup: Dave the Farmer was kind. He gave me a 5-gal bucket, and Mini Me and I returned to the "Flower Aisles" to fill'er up. We got home and made an absolutely cockamamie arrangement of zinnias, then a stunning display of glads in a Asian china vase (Christmas Tree Shop, thank you), and I said to Mini Me, "We are so lucky to have a life like this."

File that under MUSIC. It is not all about money. More times it's about love. Just like organic farming: more love than money, more dirt than dough. I think Sasha at Plato's Harvest agrees. Though it feels like a step back in time, there's nothing old fashioned about organic farming. In fact, to prove just how progressive we are, Sasha and I have already begun planning discussions for the apocalypse.

When it all goes down and you people lose your office jobs, we'll be working on our ark to sail into the future. We've got the food and music covered. All we need is the beer and wine. Now accepting applications for a brewer and vintner—Satoko and Brett, you're on the short list.

Looking forward to the first on-deck Ceili at the Ark. Specifically for that gig, I shall keep practicing.

(Thank you to Steph at Plato's Harvest for the Veggie Man, and thank you to Sasha for the pic!!!)
Email Post
Labels: 100 Days of Practice

B said…
Where do I submit my brewer's application? I could easily adapt for port, mead as well.