You were right that it takes time to make a habit fully ingrained. You said 90 days. For me, it appears to have taken 112 days. Hooray. It happened.

P.S: Tonight, after a long day with not enough sleep and a house full of kids, I went to bed unexpectedly early--which means, I put the little one to sleep and fell asleep myself. We started the process at 7:00, with hopes that an early bedtime would leave me some practice time. She had other plans. We read, we told stories, she cried, I pulled a pillow over my head. Finally, at 9:00 pm, I told her for the 40th time that it is time to stop talking and now we're going to sleep. Then I fell asleep. She did too.

I slept fitfully til 12:30 am, waking frequently, listening to the windy deluge outside and, each time, putting myself back to sleep by reciting scale patterns to myself in the key of C# minor. (I recognize what this says about my sanity.) Turns out, though, that mental scale study is a sedative, though not a permanent one. I did fall asleep, but then woke up again. Ten times. Finally, I gave up, went downstairs, and watched U2 and the Just Kidding lady on Saturday Night Live. I gave up on the TV after a skit that wasn't funny at all, and returned to bed again. No sleep this time. I hadn't even picked up my instrument all day, and that may be the first time since July that that's happened.

It began to look like I'd never sleep til I practiced a bit. At 1:30ish, I made my way to the music dungeon and worked for an hour on Irish flute, 12-keys of scale patterns on silver flute, a few toots on the clarinet, and now I'm ready for bed.

Man, now I feel really good, and maybe a little tired. Even though it's technically Sunday and it's day 13... I am calling this Day 12, and despite what the dateline tells you, it's Saturday until the sun comes up on South Street.

I suppose that today I learned that the best sedative is self-satisfaction. Doing what you're supposed to do, and doing it in good conscience.
Email Post
Labels: 100 Days of Practice - Round 2

My weekend was working on family book, which will for sure land me in years of thearpy, as well as new goal of new tune.....

Lots to focus on. I like this new reel, great movement.

Clerk said…
If you are encountering consistent problems in falling asleep at night and are unable to cure your insomnia in spite of putting in your best efforts, you should soon pay a visit to the doctor. After evaluating you as a victim of the sleep disorder insomnia, the physician may prescribe sleep aid pills such as Ambien, Lunesta et al for you but to extract maximum benefits from the sleep aid pill, it is to be taken as per the instructions of the doctor. However, before you move ahead to treat your insomnia with Ambien, it would be considerably beneficial for you to obtain first hand information on Ambien from the website http://www.sleep-aid-pills.com/.
February 3, 2010 at 5:41:00 AM EST 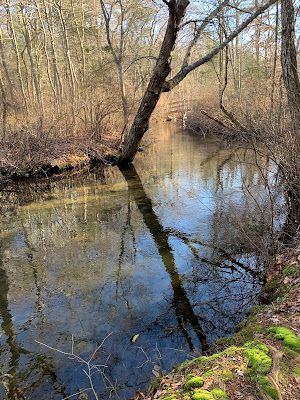