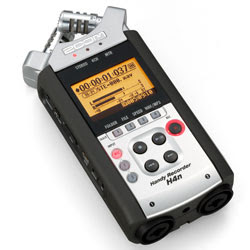 Friday morning, I was having a discussion with a client. Being a supportive editor, I picked out my favorite line of her most recent chapter and read it back to her. "That?" she said, with disdain. "I almost took that out! It's so... so... not positive." Silence. I raised my eyebrows, shrugged to myself. Then, over the phone line, I heard the click of a lightbulb going off in her head. "That's it!" she exclaimed. "That's it. I've finally figured out: You are maudlin! You are a maudlin creature!!!"

Ok, so I'm maudlin. Whatever. But then, Sunday morning, I got the opposite feedback from someone who's known me since I was seven. Contrasting me to my skeptic husband, she said, "You're a Pollyanna!"

Fortunately, God gave me an ample supply of salt grains just for weekends like this.

(Indulge me for a moment. This really is going somewhere, and it's not about me.)

Then more feedback. Saturday, my neighbor told me I'm gifted musically. I am sorry, but I'll never believe ANYONE who tells me that. Which brings us to my philosophy on positive musical feedback:

You tell me you like my playing. I assume one of the following:

Clearly, you can't trust what others say. So what can you trust?

One of the most valuable things you can do for yourself is to record yourself playing. Practicing, that is. Record your practice sessions, and record as many gigs as you can. Listen to what you're doing. Congratulate yourself on the positive; work on the weak points. And do it often. You simply cannot hear yourself objectively while you're playing, and you'll be amazed at what you hear when you listen back to a recording.

Last night, I got a chance to judge myself, for myself. My colleague and boss at Bridgewater brought over a recording of the Caravan trio concert we did at Bridgewater on October 28. Salil, Tom, and I felt so-so about the show at the time. Immediately following the encore (oh, they were just being nice, that audience), the house lights came up and we immediately got into a discussion about what had gone wrong in the performance. We weren't being negative, really. It just happened that way. But it was disappointing. I had so wanted it to be a fabulous concert, and it turns out that it was just so-so... or so I thought.

Then, we listened to the recording of the entire show last night, and you know what??? We sounded fabulous, and it was really exciting. I found a few things to work on, of course--great things to work on!--but that's what practice is for. Overall: Yowza! Great stuff.

It's a great feeling. Of course, you won't always listen back and like what you hear... that's a given. But you will most likely like SOME of what you hear, and you'll also be better able to identify what you DON'T like, and then you can work on that. (Ahem... um... did anyone say recently that daily practice helps your musicianship?)

For our Caravan concert, Salil recorded with the Zoom H4n. It is of incredible quality, and not too expensive.. in fact, the price recently dropped. Check it out. X/Y paired stereo mics, plus two XLR inputs. With the recorder positioned fifteen feet away, you could hear the guitarist breathing while he played. Okay, maybe not always desirable... but the quality of sound is impeccable.
Email Post
Labels: 100 Days of Practice - Round 2