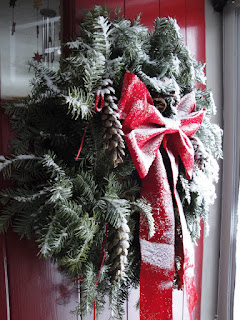 The shortest day is fast upon us, and after tomorrow each day grows longer by a crow's foot. The darkness is waning, and there's nothing like 12" of snow to remind you of lightness! (Talk to me again after three hours of shovelling, and I may be calling it "heaviness.")

It's been a super busy week, and though I haven't written much, I've continued practicing. A four hour gig on Thursday at the Plymouth Farmer's Market "Winter Market" left my hands in bits, though, so Friday was a light day... and yesterday, I admit it, I skipped! But look what we woke up to... 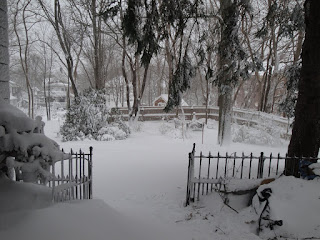 Today, we were supposed to have two Celtic Christmas shows at Highfield Hall; both were sold out, but now that it's been rescheduled to same time, same place on Dec. 27, there still may be tickets available... www.highfieldhall.org.

Bummer that we won't do the show, but the consolation is that we get to spend a day with our girl, making snowmen and sledding. That's the best gift of all.
Email Post