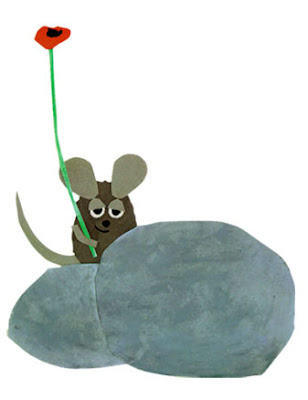 Congratulations! We've completed our second 100. It's a good time to revisit an important question, one that takes two minutes to answer intellectually, but a lifetime to embody: what's it all about?

Yesterday was the first day of classes for me at Bridgewater. I love the first class, always, because it's brainstorming time, and always a mind-opening, eye-opening experience. For about an hour, I worked through some big ideas with students in my music appreciation course: what does music mean, and how does it fit in our lives?

Overwhelmingly, students said that they love (and by that, I mean love-love-love) music, and listen to it all the time. We made a list of the important occasions on which we turn to music, and the list spanned every significant milestone that we pass as human beings. Expectant mothers are almost universally instructed to bring their favorite music to the delivery room, and many hospitals keep a CD player in the birthing room specifically for that purpose. Every birthday has its song, and that song happens to be one of the very first ones that a child learns. As a child moves on to school age, music is a required subject in almost every classroom across the county. Then there's the prom. Graduation. The wedding. The funeral. Every one of those events is impossible to conceive of without music. Now, think of that well-publicized image of Haitians standing in the rubble of the earthquake, arms raised, and doing what?: singing. Amid unspeakable disaster. Our conclusion: Music matters.

Most important, it is a gift that is only valuable when we share it with others.

I read the book Frederick by Leo Lionni (New York: Alfred A. Knopf, 1967) to MiniMe last night. Here's the story in full, to warm your toes:

All along the meadow where the cows grazed and the horses ran, there was an old stone wall.

In that wall, not far from the barn and the granary, a chatty family of field mice had their home.

But the farmers had moved away, the barn was abandoned, and the granary stood empty. And since winter was not far off, the little mice began to gather corn and nuts and wheat and straw. They all worked day and night. All—except Frederick.

"Frederick, why don't you work?" they asked.
"I do work," said Frederick. "I gather sun rays for the cold dark winter days."

And when they saw Frederick sitting there, staring at the meadow, the said, "And now, Frederick?" "I gather colors," answered Frederick simply. "For winter is gray."

And once, Frederick seemed half asleep. "Are you dreaming, Frederick?" they asked reproachfully. But Frederick said, "Oh no, I am gathering words. For the winter days are long and many, and we'll run out of things to say."

The winter days came, and when the first snow fell the five little field mice took to their hideout in the stones.

In the beginning, there was lots to eat, and the mice told stories of foolish foxes and silly cats. They were a happy family.

But little by little, they had nibbled up most of the nuts and berries, the straw was gone, and the corn was only a memory. It was cold in the wall and no one felt like chatting.

Then they remembered what Frederick had said about sun rays and colors and words. "What about your supplies, Frederick?" they asked.

"Close your eyes," said Frederick, as he climbed on a big stone. "Now I send you the rays of the sun. Do you feel how their golden glow..." And as Frederick spoke of the sun the four little mice began to feel warmer. Was it Frederick's voice? Was it magic?

"And how about the colors, Frederick?" they asked anxiously. "Close your eyes again," Frederick said. And when he told them of the blue periwinkles, the red poppies in the yellow wheat, and the green leaves of the berry bush, they saw the colors as clearly as if they had been painted in their minds.

"And the words, Frederick?"

Frederick cleared his throat, waited a moment, and then, as if from a stage, he said:

"Who scatters snowflakes? Who melts ice?
Who spoils the weather? Who makes it nice?
Who grows the four-leaf clovers in June?
Who dims the daylight? Who lights the moon?

One is the Springtime who turns on the showers.
One is the Summer who paints in the flowers.
The Fallmouse is next with walnuts and wheat.
And Winter is last... with cold little feet.

Aren't we lucky the seasons are four?
Think of a year with one less... or one more!"

When Frederick had finished, they all applauded. "But Frederick," they said. "You are a poet!"

Frederick blushed, took a bow, then said shyly, "I know it."