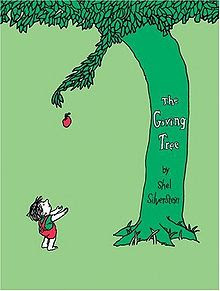 In the children's story The Velveteen Rabbit (Or How Toys Become Real), a toy rabbit asks the nursery elder, the disheveled old Skin Horse, how to become real.

"Real isn't how you are made," said the Skin Horse. "It's a thing that happens to you. When a child loves you for a long, long time, not just to play with, but REALLY loves you, then you become Real."

Beautiful. But I beg to differ. Being loved is easy. Try loving others instead. When you can truly love others... not because they are beautiful and shiny and new, but despite the fact that they are poor, disheveled, old, torn, and leaking stuffing: That's when you prove you are real.

This health care debate has my heart broken. Not because I am Republican, Democrat, or anything in between. It has me bothered because people that I like very much, my friends, are saying things like, "Why should I have to pay extra to take care of someone else?"

I haven't been to church in years, I don't pray, and I am not much of a Christian to speak of. But I did spend a lot of years in church as a child and I forged a moral or two that I can't seem to erase. Here's one: "Whoever cares for the least among us shall inherit the kingdom of heaven." I believe in neither heaven nor hell, but I understand what this means: caring for others is the right thing to do. Why do I feel so crazy because I am willing to shoulder some financial burden so that everyone can live in some sense of security? Yes, I know the new law is not perfect. But it's an important step, don't you think?

This next story is from the Bible, but it belongs to neither Christian, Muslim, Buddhist, nor Hindu. It is universal:

In his last days with his disciples, Jesus told a parable about a king who wanted to know if he could be considered righteous or not. Jesus responded that what defines the righteous is their actions: whether they have fed the hungry, gave drink to the thirsty, welcomed the stranger, clothed the naked, cared for the sick, visited the prisoner. (Matthew 25: 31-46, if you care.)

How can it be that a nation that prides itself on its Christian morals brand as near-Communists those who believe that the least among us deserve equal access to basic services? How is it that we have instead adopted what feels to me like a somewhat irresponsible mantra: "God helps those who help themselves"? Ah, if only life were so simple.

It turns out that God helps everyone, and if there is a God, I bet he favors those who are willing to help everyone, too.

When Jesus gave water to the prostitute at the well, he didn't turn his back on her because he suspected that she was milking the system. He didn't chide her because she'd allowed herself to be thirsty for too long. He didn't ask her whether she'd TRIED to find water. He didn't tell her it was her own damn fault that she didn't have a cup. He just helped her. He was compassion. He saw need, and he obliged.

A better model for love, for me, is The Giving Tree... the book that is so painful to read that I cringe every time my daughter asks me for it. The tree loves a boy his entire life, from when he swung on her branches for play, til he cut them off to build a house, burned her trunk to keep warm, then used her stump to rest.

But you know... maybe not so stupid tree. Despite the boy's awful abuses, she loved him the entire time. Why? Well, perhaps she thought it was the right thing to do, and so she did it with dignity. The tree did not pick the easy route. Would you?

If you had a choice, which would you rather be: tree or boy?

In searching for the Bible verse, I found this wonderful article online, by Bill McKibben, from Harper's: "The Christian Paradox: How a faithful nation gets Jesus wrong." Check it out.
Email Post