Music for its own merit.

It's been a long time since I last had that conniption fit over the Sweetheart Whistle (which, by the way, I am not playing... I defaulted back to my Michael Burke), but I'm back. It's not that I've been gone, really, it's just that I've been writing somewhere else. Someone convinced me to start blogging about motherhood from Casa del Soul's wackadoo perspective, and that lasted a while, but... my dear friends, though I love Soul Fry I'm back here because I'm conflicted about making private life public. Clearly I have little in common with Ozzy Osbourne. Except that perhaps we're both passionate about music, and that's what I want to tell you about today:

“Music, of all the arts, stands in a special region, unlit by any star but its own, and utterly without meaning…except its own.” - Leonard Bernstein

I spent last Wednesday afternoon "visioning" the future of music education with the board of the Massachusetts Music Education Association, an organization of more than 1700 school music educators, just in the Commonwealth of Massachusetts.

We broke into small groups and responded to a list of soul-searching questions about the future for music educators in Massachusetts schools. What should the organization be doing to support its teachers? What issues are music teachers facing that must be dealt with immediately? How can the organization help music teachers become better at what they do? When we reconvened as a large group, every group came back with similar answers, and if it may all be boiled down to a single answer it's this:

Today's landscape has made advocacy into the hot-button issue. The value of music education is in question, and music teachers feel rightly threatened. Many of them feel that their administrators and bosses just don't get it, and they feel that the community at large doesn't get it. Via advocacy, they want to find ways to communicate with those who would put them first at the budgetary chopping block, and somehow prove to them that music is central—that it is critical to a child's development, and that without music, we are lost.

It is very hard to dispute that reading and writing are absolutely at the core of public education. But for more than 150 years, thanks to pioneering work by Massachusetts' own Lowell Mason, the father of public school music education, American public schools have included music as one of their core subjects. We learn the arts in school because, as Lowell Mason ably advocated, music and the arts help us to learn to become more human. And if you don't trust Lowell Mason, just ask Socrates. He'll tell you.

For thousands of years, our most revered philosophers have expounded on the importance of arts to education. All for naught, apparently. Because today, it is becoming increasingly difficult to explain to a test-obsessed and budget-strapped educational culture that being human matters just as much. There is much research that indicates the value of music to language acquisition, the similarity of the musical mind to the mathematical mind, and that music students tend to do much better in all subjects in school. Musicians know all that by instinct, but music educators rightfully feel resistant to justifying the value of music education as a helper to other subjects. They want to uphold the value of music education for its own merit, in and of itself.

The National Association for Music Education (formerly MENC), lists as one of its core values "Students must have an opportunity to learn and participate in the joy and power that music education brings in uplifting the human spirit and fostering the well-being of society." How proud I feel to be an active part of an organization that includes fostering the human spirit in its mission!

Human spirit. Bah! Why should schools care about that? Perhaps because the human spirit is what guides us to use our math and our language responsibly and for the greater good. Maybe music is what can help us use our math skills for airplanes to bring people together, not bombers to tear us apart. Maybe music can help remind us to use chemistry to find cures, not create chemicals of mass destruction. Maybe music can remind us to use language to inspire, to motivate, and to connect with each other deeply.

Susan said…
As my son is about to enter the wild world of public education when he enters kindergarten soon, this post strikes a chord with me (pun intended). I worry that his (very few) hours at school each day will not nurture his enthusiasm for learning. I hope they prove me wrong. And forget about music or second language lessons. I'm learning that this must be done on our own time and with our own dollars.
August 24, 2011 at 10:41:00 AM EDT 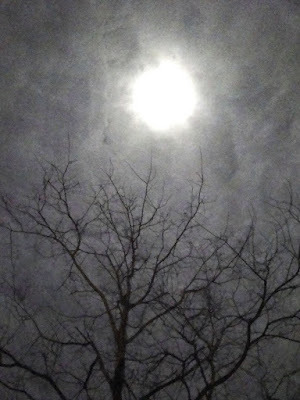