On Farmers and Musicians: No Empty Bowls, No Empty Rooms 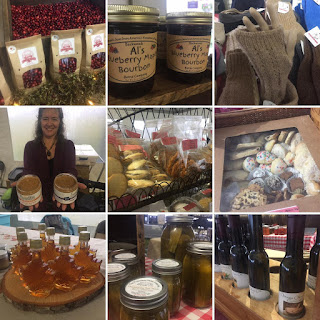 Yesterday, the Lindsays spent almost the whole day playing in the rain. Well, under the rain. In a heated tent, safe from the rain at the annual Thanksgiving Harvest Market, a pre-Thanksgiving chance for our local growers and makers to share their goods before the big feast day. The Harvest Market is located right on the waterfront, where farmers and other makers set up tables to hock handcrafted carrots, bread, pies, jams, cheeses and CDs to the locals and tourists alike still hanging around after the annual Thanksgiving parade in America's hometown.

In past years, it has been a busy and fun day—but if you're from around here, you know that yesterday the weather sucked. We were fifty steps to the ocean, and it was torrentially, cats-and-doggedly, elephants-and-rhinosedly rainy. Clammy. A little windy. A good day to stay home and watch movies.

People flocked, but not in throngs. There was a steady stream of people for most of the day, but there were also several times during that five-hour gig that we were playing mostly for our beloved farmer friends at the table next to us.

For the Makers—those of us who have chosen to follow a life of creativity and passion—it's never an empty tent. Whether to an audience of one or an audience of a thousand, you have gifted the universe a song. And a carrot. And no carrot delivered with heart is ever wasted.

It matters greatly. But maybe we won't do this on the waterfront next year in a train of tents. That was weird. 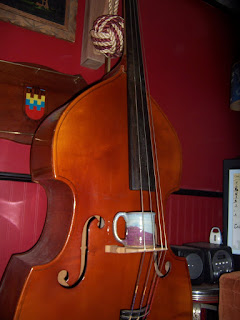