Mother Memory: Standing on a Beach, Not Always Sunny

[CAUTION: I love Mother's Day and I can't wait til my family wakes up to celebrate. But here, alone at the kitchen table—that's where I get real. I'm thinking of my own mom, who passed away in 1989. I am not sure if I've ever written about her before. Lucky you. It's going to be dark. You can't say you weren't warned.] 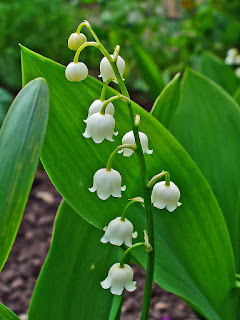 Mom missed all this.

The morning after she died, I started Albert Camus’ The Stranger. It was 1989, I was a junior in college, and I had only just grown into my black turtleneck. “Mother died today. Or maybe yesterday, I don't know,” it begins. Disturbing and stark, like a balmy day in June with a dead mother.

I believe that The Stranger continues with the main character walking the funeral procession. Dark. Cold. French. I read the whole thing. I don’t remember anything immediately after the funeral in the book or in my life; there was a beach in both. A gun in one. The gun part, I know about because of the popular song by The Cure. “Standing on a Beach” had been a huge hit among the black-lipsticked set my senior year, 1986-1987. That was a long time ago, and so was my mother’s passing. There are many things I don’t remember, but not because I buried them with her. I don’t remember them because they happened a long time ago, and I get past things. It’s what I do.

The morning after she died, my Dad: He opened the pool store and made me work, eyes puffed like slits and burning. It wasn’t the chlorine; it was rage. I hadn’t slept. I had found a bat hanging upside down from my closet door, tiny little claws clinging over top. I’ve never seen a bat before or since. I don’t think it was my mother’s spirit animal. I think it was coincidence; I know that you are not sure. I am sure that I cried the whole night through and maybe puked about the bat. It mattered to me to grieve, but also to accept, and I regarded this death as a lesson in moving on. People with cancer die. Right?

Her death brought me face to face with nothingness and belief—that part of life is pain, that we must carry it, and that it ends. I had a great deal of support. I had an aunt to walk my heart through the darkness, and a best friend who held my hand while I cried in my sleep in her bed in a tiny dorm room at Barnard College in New York City. Back at Hampshire College, I had a bookshelf full of nihilism, Christian question marks, and Mahayana Buddhism. And a saxophone. I tried a therapist because that’s what the rich New York girls around me did, but it didn’t last. I didn’t see the point. Losing your mother is sad, and ain’t nothing no grey haired woman you don’t even know gonna do to make it better.
All of fall semester, I lived in my grief. I knew I had to pass through it, and so I cried sometimes. I also maintained that you can’t live sad forever, because this is just the way things are. I was fortunate to have John Coltrane and a college boyfriend to be preoccupied and confused by. John Coltrane: genius at expressing the sound of feelings through music and mathematics when there are no words. The boyfriend: I wasn’t his type, but I was ok in his bed. He had grown up in a sparkling apartment on the lower West Side; I was a pool man’s daughter. He had come all the way to Plymouth, Massachusetts from Manhattan to attend the funeral, and he fooled me. He kissed me in my room upstairs while the family picked mortadella from cold cut plates at the reception below, but that wasn’t love. It was, however, care. He held me tight at the right time, and thirty-two years later almost to the day, I’m just about ready to forgive him.

An Excerpt from a Forthcoming Book that I May or May Not Share with the World. Bill says (I think) write it first, decide later. In the meantime, Jam and Bread.