Ode to Stephens Field, 2: A Guest Blog From Bill Harting. (Or, You Can't Outgenius the Genius)

There is a reason that someone said, "Have Bill read your work." The universe reached down with an open palm and gently pushed my back toward his brain. I thought my writing was going to change the world, and he was going to correct my spelling, and make it all better. But no. It appears instead that my job was to write my memories of Stephens Field so that Bill could do it better. "It is not Stephen's field," he said. "It's mine. You can't have it." But it is, of course, Stephens Field. It is not Stevens Field, either. But, it is Sue's, and David's, and Paul's, and most brilliantly of all, Bill's.  Today, I humbly share a guest story: the view of Stephens Field from around the corner at Bill's house.
Bill's Stephens Field
By William Harting

My story, you can't have it.

We were on our way to Maine, to a homestead, back, we thought, to the land, that summer. 1978. We had just sold our west Plymouth house finally to the “next people” who had been there since we moved in. Our household was packed into a 25 foot box truck, bicycles tied on the back, and parked for the weeks in the Guaraldis' yard a few doors down, while we drove to Maine to try to find (and actually to find) a job and a place to live.

The house in Portland was huge, had a darkroom off the kitchen, had leather-embossed wallpaper in the library, and a one-car garage down a little dirt two-track driveway, but the best I could do was a part-time job at the Herald, not quite enough to swing everything with the $1800 profit we made from the sale of our house.

We were, I was, trying to escape from a job I thought I hated. We were desperate. The sensible one, while I was at work, was combing the local paper for an apartment as a temporary base to get us out of the Herring Pond cottage we were staying at. She reached me at the night copy desk.

“It has three bedrooms,” she said.

And so we came to Fremont street, where I had never been during the six years we spent in Plymouth, well, West Plymouth is not really Plymouth. Should have been called Near Bunny’s.

The house was overgrown, dull green clapboards, well-used entryway, wall-to-wall carpet. But three bedrooms, albeit that one, the Master, was only big enough for a bed and a bureau, if you didn’t need to use the bottom two drawers.

It was still summer. There were kids on the street. The street was lined with cobblestones. Our neighbor called the cops on us for parking on the sidewalk. It was summer. Across the street Mrs Dunham’s parlor windows were open, and in the evenings she played hymns on the piano. It was dream summer, it was like a movie. The family down the street had ten kids. Ten kids! Every age group. And there were other kids too, and at the bottom of the street, where the ocean lapped the shore, was a playground.

We sank into the place, it was like home. It was home. Maine slipped away (there would always be a place there). The job I thought I hated I discovered I didn’t. Maybe too late, but I didn’t hate it. It got me to stay on this street in this place, even though now it is changing around me.

We ran a tab at Manny and Florence’s, also known as Holmes Market. We took our car to Reimel’s. We had pizza at Tav’s. We shopped at Cohen’s for fishermen’s mittens, I got a boy’s regular at Fast Eddie’s (and Jenny cut Eddie's hair when Dan was too little). We bought supplies at Bild-Rite from Lou, who has since made many pet grave markers in our back yard. We hung out at Corner Cycle. Health foods from New Colony. Never went into Trader Reed’s, or the Yacht Club. Sang every word during a live performance of Oklahoma at the Old Colony theater, sitting right at the orchestra pit. One of the kids walked to work at the library.

And Stephens Field. I remember walking down there the first time, marveling at where I was and the moment I was living through. There was a bath house. Kids were playing in the water. Two old ladies (I call them old ladies exercising my poetic license) were sitting in folding chairs, books on their laps, chatting, their feet in the cool water. Half an hour later the tide was lapping at their chair bottoms. Smile at that. There were pickup softball games with as few as a half-dozen kids. Evenings the Big Guys played slow-pitch. And the Big Girls, too. There were town summer activities. The middle daughter was pretty good at softball, and she was recruited onto an age-appropriate hardball league. “Move in, it’s a girl,” one of the boys called at her first game. Ha. She parked it. The next time she came up, the boy cried “Move back, it’s that girl.”

Fireworks. Fireworks should make your heart race. They should be frightening, even for grown-ups. Those markers, the big boomers, should make you flinch. And the ashes should come floating down. The Oooooohs should be spontaneous. And before the works, the town band should play Souza marches on a little bandstand as people gathered. Those were fireworks, the last of the fireworks probably ever. Fireworks now are painted on the horizon, well out of the reach of the yearning spectators. We still walk down to watch, remembering the days when the blasts would shake our storm windows and set off car alarms.

A few photos of Stephens Field by William Harting. For more, go here. 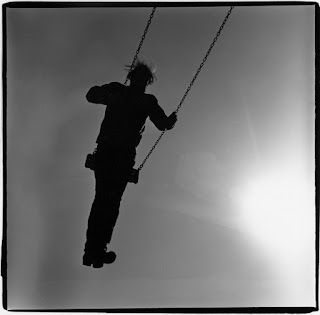 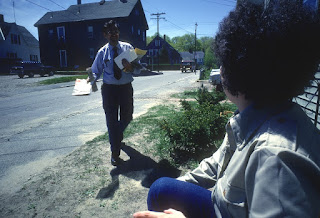 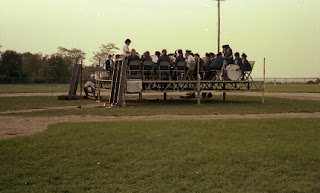 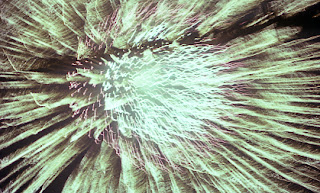 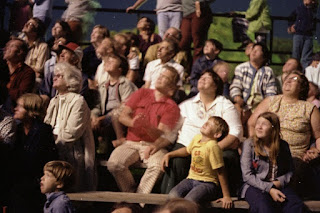 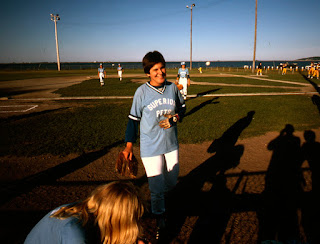 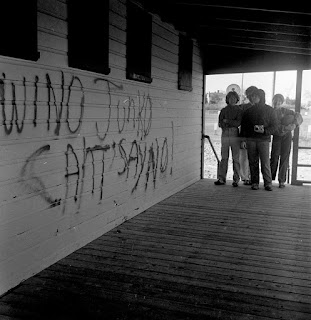 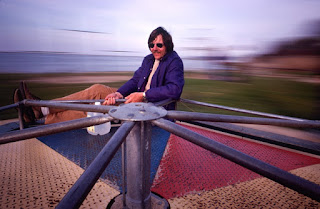