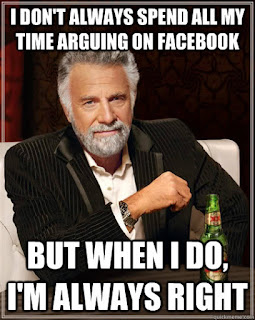 Yesterday, on Facebook someone I've known and liked since childhood posted an article about how Plimoth Plantation is changing its name to Plimoth Patuxet, now incorporating the original Native American designation for the area. He posted it with a crying-laughing emoji as the only comment. He thought it was funny that they should do this. Funny, in a "I'm laughing at you for doing something I think is stupid" kind of way. There were many responses, and perhaps you discovered that it was possible to read at least one or two of those before losing your ever-loving *&&*#$ mind. I did not.
Many people saw the museum's renaming as an enormously humble gesture of respect to the people that the English stole the land from in the first place. One of them challenged the original poster to explain why he thought that was funny. "A word!" the poster replied. "It's just one word!"
Son. Friend. Boy. Bro. Dude! Words matter. "Let's cuddle puppies" is very different than "Let's eat puppies."
Yes?
You don't have to be a writer to understand how words such as plantation, colonization, immigration, pilgrimage, theft, and invasion differ, and how the difference matters, especially if you are the one who was colonized or stolen. Married as I am to a man from another one of the countries that were (ahem) "affected" by the English during their centuries-long (ahem) "expansion" period, I am acutely aware of the stone-carved memory of the colonized. In Ireland, that colonization started 800 years ago. In my house, in my in-laws' houses, among my Irish friends in Ireland and in America, that is not forgotten. The Native Americans who work at Plimoth Patuxet have not forgotten, either. Nor has their board of directors. That is progress.
I started to type a response to the Facebook post, too. It was going to be short and pointed. A few words, well chosen. Then, I stopped and put away my phone. It doesn't matter whether the guy/old friend/speaker knows what my words are on this subject. It doesn't matter that the lad/bud/colleague who questioned him knows what my words are, either. It doesn't really matter if ANYONE on Facebook or in this whole town knows what my words are on this subject, really. (Thank you for reading them here, by the way.) At least not on Facebook. Few words posted on Facebook seem likely to change any son/boy/dude/guy/women/sister/chick/broad/genius's mind.
Facebook is a great place to say "I am." Every "like" you get from your tribe affirms it. Facebook is also a great place to have "I am not" dangled in front of you, if you're into that sort of thing. It doesn't seem to be the best place to have meaningful conversations about complex issues. If I want to question my homey, my bud from the 'hood, about his comments on the name change, it seems more productive to do it over a cup of coffee, not over the Internet. We have different opinions, but we've always liked each other. If it comes up next time I see him, maybe we'll talk about it.
I love words so very much, I do.  I'm a writer for God's sake. But even this writer knows that words alone cannot necessarily change minds. What can change minds?
Relationships.
~~~~~~
Relationships is the topic of part 2, which I'll write maybe tomorrow, or perhaps later today, or next month, in which we shall explore the history of some very, er, special Plymouth words. In the South Street neighborhood where I grew up, there were many Cape Verdeans. Cape Verdeans first came to this side of the Atlantic to work the whaling ships, then the fishing industry and the cranberry bogs. If race came up in my yewt, they were careful to explain that they are not "black"; they are Cape Verdean. And in my yewt, I heard more than once: "There are black people and there are n#$#$#." If you were lucky (?), the speaker might then give examples. WHAT?!?! Ok. Not today. I'll save that for the next essay. See ya then.
*By the way, that handsome lad I call a husband is 51 today! Wish him a happy birthday if you happen to see him.
Email Post
Labels: General Musings Life of a Writer Love Is Love Tradition and Innovation