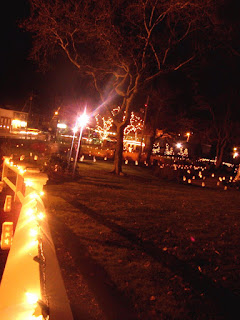 One of our favorite songs to sing and play this time of year is "Silent Night." It's one of the first Christmas tunes I'll teach an Irish whistle or flute student, and it's always on our Christmas programs.

According to my favorite Christmas music web page, www.carols.org.uk, the origin of this Christmas carol was a poem that was written in 1816 by an Austrian priest called Joseph Mohr. Legend has it that on Christmas Eve in 1818 in the small alpine village called Oberndorf, the organ at St. Nicholas Church had broken. Joseph Mohr gave the poem of Silent Night (Stille Nacht) to his friend Franz Xavier Gruber and the melody for Silent Night was composed with this in mind. The music to Silent Night was therefore intended for a guitar--and the simple score was finished in time for Midnight Mass.

I like to imagine that the local flute player joined him for the melody, because the flute and guitar seems so lovely and perfect on this tune. Historically, it wasn't until 20 or so years later that the new fancy Boehm-system silver flutes were introduced, so it's my guess that the flute player in the church that evening was playing on something that looked a lot like the Irish wooden flute. If there was a flute player..... But of course there was. :)
Email Post
Labels: Celtic Christmas