My friend Deb has got me thinking about the Irish in the US Civil War. Deb said she brought her whistle along on her annual trip to Gettysburg, and has been practicing on a quiet corner of the battlefield every day. She was moved to tears the other morning when she played her whistle on Little Round Top.

It was surely more than her own Irish soul stirring at the tunes she played. Such heavy Irish involvement in the US Civil War, and heavy losses thus sustained… so many Irish souls wandering that battlefield, people who’d survived the Irish Famine only to sacrifice their life on the battlefield at Gettysburg rallying for a cause that was barely their own.

Some 200,000 Irish-born men fought in the American Civil War, the timing of which meant that all of them would have come to America during the Great Famine and its aftermath. At that time, the Irish were the largest non-English ethnic group in the United States besides the African born slaves—and many historians see their involvement in the Civil War as a major step forward for Irish assimilation.

Like most Americans, Irish emigrants at that time were primarily loyal to their region—and so fought on both sides of the war. Five Confederate generals were Irish born and the Irish provided largest number of foreign-born troops in the South. Ten southern states had Irish units—and this is not counting the American born “Scotch-Irish,” descendants of the northern Ulster Scots who’d settled the American frontier, including the southern states and Appalachian regions, in large numbers in the 1700s.
Even greater was the Irish involvement in the Union Army. Thirty-eight regiments had the word “Irish” in their names and some 150,000 and probably more served in the Union Army—and countless more who were US born, second generation Irish. High-ranking Union officers included Meagher, Corcoran, and James Shields.

Notable among the Irish soldiers was the Irish Fighting 69th from New York, which later became incorporated into the Irish Brigade, led by the veteran nationalist leader of Ireland Thomas Francis Meagher. Before coming to America, Meagher had been a leader in a new Irish nationalist movement, the Young Irelanders, a group that favored more aggressive action against British rule there—a flame fanned by atrocities suffered in the Famine. Until that point, a more moderate “constitutional” resistance was in place, led by the great diplomat Daniel O’Connell. The Young Irelanders represented a return to the more hard core republicanism of Wolfe Tone’s United Irishmen movement at the end of the prior century. The Young Irelanders launched a rebellion in 1848, and it failed completely and Meagher was among the leaders who left Ireland for America after its demise.

Meagher in fact had been an elite in Ireland. After the rebellion, he was arrested and was sentenced to penal servitude in Australia for life, but escaped to America in 1852. In America, he joined the New York bar, founded the Irish News, and then founded the famous Irish Brigade of the Union Army, in which he served as brigadier general. (Read more at http://en.wikipedia.org/wiki/Irish_Brigade_(U.S.).

Meagher led the brigade in thesecond Bull Run, Antietam, and Frederickburg, all of which resulted in heavy losses. He requested fresh troops and was denied, and resigned in protest shortly thereafter. But the diminished Irish Brigade did continue on to Gettysburg, under the leadership of Col. Patrick Kelly. They brought some 600 to fight and in the end suffered the greatest losses of any unit at Gettysburg. Shortly after the battle, what was left of the regiment disbanded.

Then, only two weeks after Gettysburg, things got ugly for the Irish in New York. The US announced the Conscription Act, which instituted a draft that would begin on July 13. Despite significant and earnest involvement in the Union Army, it was clear that the Irish up to this point were underrepresented in the Civil War ranks, and it appeared that the draft was aimed directly at them.

To make things worse, politically the Irish were not a pro-abolitionist crew. They were opposed to emancipation and also the draft, and they had their reasons. They saw emancipation as both a social and economic threat, reasoning that it would mean an influx of cheap labor from the south, and thus direct competition for jobs. In northern cities, the Irish had already taken over the jobs previously relegated to blacks: stablemen, coachmen, porters, shoeshiners, laundresses, seamstresses, cooks, and other domestic help. However, they still worked together and competed for jobs on the docks, and tensions among Irish and black longshorement were by this time deep rooted.

The tensions erupted on Monday, July 13, 1863, on the eve of the Conscription Act going into effect. The only escape from the draft was a payment of $300—equal to the average laborer’s annual salary. And by this time, the war had become primarily about the abolition of slavery, a cause most Irish workers did not support, and many Irish saw the draft as a direct attack on the Irish population. The draft’s timing did little to court the Irish, as its eve was the famous July 12 Orange Day, which the English in Ireland celebrate William of Orange’s Protestant victory over the Catholic James II at the Battle of the Boyne in 1690.

And so, the riots broke out, and for four days, mobs of Irish longshoremen and other workers roamed the streets of New York symbolically and systematically attacking symbols of power and privilige in the city and also beating, lynching, and driving out black workers along the waterfront. Police figures counted 119 dead, but many suggest that the number was far greater. Estimates are that at least 2,000 more were injured and total property damage was about $1 million. The riots put a hold on the draft in New York, but it resumed on August 19. It was completed within 10 days without any more rioting or problems, but in the end, of the 750,000 whose cards were drawn, only about 45,000 actually served.

Thank you to Kevin Kenny’s The American Irish for much of this information.

Today, in prep for tomorrow's concert, I'm taking a break. My fingers hurt, and Practice Tip #A1, most important of all: If there's pain, STOP! Probably will rehearse tonight, but the hands are hurting and also are becoming a bit less nimble. It's time.
Email Post
Labels: 100 Days of Practice Irish History

day 27
way too humid for me....got in my little smart car at 7 15am and blasted the air. played through everyting I know. may or may not plug in head set tonight...

I love being part of something so old and steeped in history.

You know this 100 days in a row....I am a beleiver that practice is not just playing, sometimes it is listening. Maybe to yourself playing or someone else IF you can pull information out of it. There is no point in playing if you get nothing out of it. I think the concept is to stay connected to your music and instrument, and you are and now so am I.

Peig said…
by the way rehearsal is practice...

there is a weight in this playing of old tunes on any instrument. it is how it is passed on and improved. There is as well an ovrwheling joy in being chosen to be part of it. I am over the moon to be one of the chosen through your guidence.....
July 27, 2009 at 8:54:00 PM EDT

another am in the little car, a bit more when I got to work early, and hope to plug in head set tonight because I know that helps my timing. 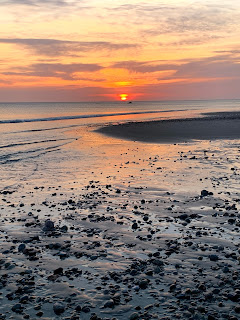