Always the Bridesmaid, and Loving It

Yesterday, I had the great fortune to participate in two events that reminded me, yet again, of the gift that music can bring to one's life. In the afternoon, I performed in a children's concert with Debbie and Friends at the Lutz Children's Museum in Connecticut, and in the evening, I emcee'd the world premier of the Irish dance and music ensemble, the Sole Mates, directed and produced by my great friend Kieran Jordan and performed at the Dance Complex in Central Square, Cambridge. A thirteen-hour day, and yet this morning, I am revived, refreshed, invigorated, and happy to be alive, home here with my loving family sleeping peacefully upstairs. Life is good. Let me tell you about these performers:

Debbie and Friends is headed up by Debbie Cavalier, Dean of Continuing Education for Berklee College of Music, the world's premier institute for contemporary music. I've worked with Debbie on Berklee projects for nearly ten years now.

Around the same time Soul Fry was dividing from two cells into ten trillion in my belly, Debbie was busy creating, too. She was working on Story Songs and Sing Alongs, her first children's CD. The CD quickly took off, and she began performing at venues in New England and beyond. Soul Fry was an early adoptee, and as she learned to speak, Debbie was her soundtrack—as in: every single time we got in the car, a little voice would chime from the backseat, "Mama, Debbie!" I've always obliged.

In addition to its instant appeal to any child I have ever shared the CD with, that CD won nine national awards, which you can find out more about here. She followed that CD with More Story Songs and Sing Alongs, which continued the trend with more awards. Somewhere along the way, Debbie brought me aboard, first to help with PR, and then to play along on sax and Irish whistle, and to pitch in with backup vocals. Every performance is a trip--there is nothing more rewarding than performing to a room full of singing and dancing children.

Such was the joy I experienced in Connecticut yesterday. I packed my car smiling and hit the road for Cambridge, to support the Sole Mates. I was to be the emcee, and I was nervous.

The Sole Mates are creative inspiration of the Boston-based Irish dancer and choreographer Kieran Jordan. Kieran performs extensively all over the United States, and is best known in Boston for her work with Brian O'Donovan and WGBH's the Celtic Sojourn concerts. For seven years, she's been the dance director, choreographer, and performer in those sell-out performances. Kieran trained in competitive Irish step dancing, but also had studied tap and modern dance, and today is one of a handful of dancers who are helping to fuel the revival of sean ós, or "old style" Irish dancing in the United States.

To me, she's been a wonderful friend. We first met at a wedding about ten years ago, where we were both hired to perform. We had a chance to chat and the rapport was instant. We've kept in touch ever since, getting together every now and then to kvetch and kvell about music, writing, and teaching, and to help each other through the challenges and joys of our careers.

A year ago, Kieran toured in Germany with the husband-and-wife traditional duo Matt and Shannon Heaton. The tour director, Magnetik Music, invited her to put together an ensemble of her own and come back to Germany. She came back to the US and began assembling a cast of five musicians and dancers with whom she has a particular chemistry. These are the Baltimore accordionist Sean McComiskey, guitarist and multi-instrumentalist Josh Dukes from Washington DC (you can see a video of them here performing the musical piece that was the basis of Kieran Jordan's solo piece last night), dancer and fiddler Danielle Enblom from Minneapolis, and dancer Nicholas Yenson from New York.

Together, they share a vitality and a spirit of spontaneity and playfulness that is characteristic of Irish music and dance at their best. All are rooted firmly in tradition, but also allow their other influences to permeate into their music and dance, with a result that feels traditional yet also clearly reflects each of their artistic personalities.

Next month, they'll be bringing this performance to Germany and Switzerland. Last night was a chance for them to perform the piece for local audiences before they hit the road. The one-hour performance consisted of group pieces and solo pieces that featured each of the dance styles that make up Irish music: jigs, slip jig, reels, and hornpipes, but the show also included steps from Cape Breton and Quebecois step styles, as well as expressive, full-body movements from modern dance. Both performances were standing-room only, and a particularly exuberant audience in the second show egged the dancers on, resulting in a joy-filled show, a standing ovation, and an unexpected encore, in which the dancers created a piece on the spot that was just as coordinated and exciting as the "prepared" pieces.

While many pieces, particularly in ensemble, reflected the more familiar competitive Irish dance style and the unison dance that has come to be associated with Riverdance, what sets these dancers apart is their explorations of sean ós style, a more relaxed, improvised style that is less formal, and in a broad sense allows the dancer to express their personality more fully. Like the competitive style, the emphasis is on the feet: Low to the ground with battering, stepping, and tapping, punctuated by occasional high kicks, while the back remains more or less straight--though with sean ós, the back is not so rigid feeling as the more familiar competitive style, and both the hip and ankle movements are more fluid and less vertical. Arms often dangle loosely, or are lifted up and even over the head at times.

The overall performance consisted of both group and solo pieces, interspersed with musical interludes by the Sole Mates' world class players McComiskey and Dukes. All of it was so terrific that I hesitate to highlight any particular individual, but it's hard to deny that a shining center of last night's performance was a particularly musical and energetic solo hard-shoe piece by Yenson. He first established the pulse through a series of quarter-note steps with a short rhythmic flourish that set the swing of the underlying groove. He incrementally increased the rhythmic complexity until his feet were blurs, then gradually brought the piece back down to a mirror of its intro in perfect narrative form. Hard shoe is of course the most glamorous and exciting anyway, but what marked the brilliance of Yenson's choreography was the piece's very clear structure... a strong beginning, an exciting climax, and a gradual but crystal clear denouement—a perfect fusion of music and dance, all delivered by two feet.

Best of luck to the Sole Mates on their German tour, and thank you to Debbie for kicking off a busy day with nothing but smiles, both on the inside and out.
Email Post 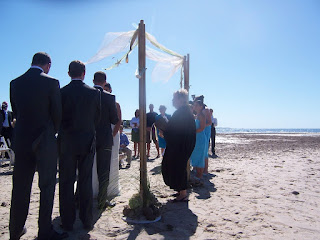 100 Days of Practice, Day 82: Scenes from Two Weddings and a Funeral 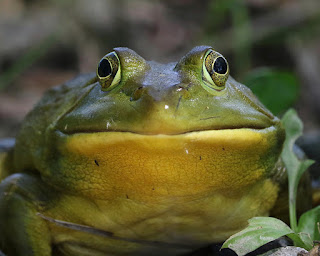